What is an asylum seeker? 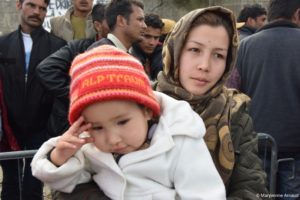 The Constitution of the French Republic recognizes the right of asylum: “Everyone persecuted for his or her actions in favour of freedom has the right to asylum in the territories of the Republic” (preamble to the 1958 Constitution).

The Geneva Convention (1951), ratified by France, establishes the international status of the refugee defined therein as any person who:
“Having a well-founded fear of being persecuted for reasons of race, religion, nationality, membership of a particular social group or political opinion, is outside the country of citizenship and cannot , Or because of this fear, does not wish to avail himself of the protection of that country; Or who, if he is not a national and is outside the country in which he was habitually resident as a result of such events, is unable or unwilling, by reason of such fear, to return there.”

OFPRA (French Office for the Protection of Refugees and Stateless Persons) grants different types of refugee status:
– Constitutional asylum: OFPRA grants refugee status on the legal basis of the French constitution.
– Conventional asylum: OFPRA grants refugee status per the Geneva Convention.
– Per the UNHCR mandate (United Nations High Commissioner for Refugees): Articles 6 and 7 of its Statutes.
– Subsidiary protection: It protects persons who do not qualify for refugee status, but, who are at risk if they return to their country of origin. (Risks including the death penalty, execution, torture, inhuman or degrading treatment, serious threat to life or person, as a result of violence stoked by internal or international armed conflict which may extend to persons regardless of their situation). Under subsidiary protection, the person concerned receives a renewable one-year residence permit.
– Stateless Status: According to the New York Convention of 28 September 1954 on the Status of Stateless Persons, stateless status can be granted to any person “which no State considers as its national under its legislation.”

The Process of Seeking Asylum

1) When an asylum seeker arrives in Grenoble, he must go to the ADATE (Association Dauphinoise of Assistance to Foreign Workers) which will inform him about his rights and make an appointment with the prefecture to withdraw a file of asylum. After that, the asylum seeker receives a form from OFPRA in which he must explain his background and the reasons for his asylum application.
ADATE or ADA (Reception of Asylum Seekers) – depending on whether the person is to follow standard procedure, priority situation or review – assist asylum seekers in writing their narrative.

2) OFPRA will send a letter acknowledging that they have received the asylum application (the prefecture will have either filed through the standard or fast-tracked procedure).
The request of the prefecture allows the applicant rights to housing and the Universal Health Protection (PUMa), which replaces the Universal Health Coverage (CMU), as well as the payment of the Allowance for Asylum Seekers (ADA).

3) Two or three months after the asylum seeker fills an application in the prefecture, he/she must go for an interview with OFPRA:
– if the answer is positive: he is granted refugee status and a foreign resident card for ten years (about 10% of the applicants are granted asylum through OFPRA).
– If the answer is negative: the applicant has one month to lodge an appeal with the National Court of Asylum Law (CNDA). The hearing at the CNDA usually takes place nine months after the filing of the petition. During this period the asylum seeker retains his rights to housing, PUMa and ADA.

4) After the hearing before the CNDA:
– if the CNDA recognizes the asylum seeker as a refugee, he/she obtains a foreign resident card for ten years (approximately 30% of the persons receive refugee status through the CNDA).
– or he gets what is called subsidiary protection.
– if the CNDA rejects the application: they are referred to as “rejected,” they are no longer entitled to any help, but they can apply for a residence permit.

Consultation of the Various Grenoble Associations Involved in the Process
ADATE is in charge of the pre-reception, they manage the Regional Platform of Reception of Asylum Seekers (PRADA). It also handles the domiciliation and filling of asylum files following regular procedure.
The ADA, located at the Maison des Associations in Grenoble, handles expedited claims or claims under review. ADA offers advice on the content of the file before the applicant sends it to OFPRA.